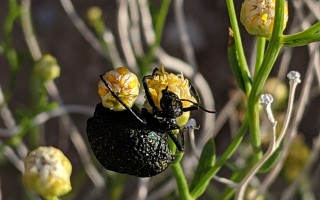 Hiking around the Cottonwood Campground in Joshua Tree National Park this April, I found a crazy insect with a black body and a bright yellow head. It’s abdomen stuck high into the air, making it look like a very round stink bug. I snapped a photo and returned to camp as the sun was going down. As I walked I found another, with no yellow on it at all. I found one after another as the evening wore on, but none had the yellow of the first. 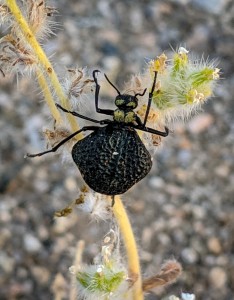 ‘What is this insect with its balloon like body?’ I wondered, and, ‘Why was the first one’s head yellow? Was it the only male? The only female? Did it just have pollen on its head?’

The sun set, and I examined my photos by the fireside. The insect in question seemed to be covered in grooves, and had a hint of iridescence that hadn’t been evident to the naked eye. In person, it looked perfectly smooth.

The next morning I found dozens of these insects, each with more yellow on it than the last, in large patches on their thoraxes and abdomens. I began to suspect that the yellow was in fact pollen, and that the insects were getting covered while harvesting during the day, but were left black when the flowers they ate closed up for the night. 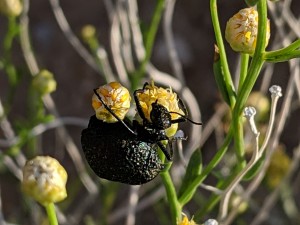 I was almost right. It turns out the insects are desert spider beetles, Cysteodemus armatus. They are related to blister beetles, which were also prevalent in Joshua Tree this weekend. (Read about their fascinating lives here.)

The Desert Spider Beetles were in fact coated in pollen during the day, but it was not an accident. They were gathering a layer of pollen in pits in their elytra, or wing covers, for insulation. The pollen traps a layer of air in what is called a boundary layer, which helps insulate the beetle. The area below the elytra themselves acts as another boundary layer to keep them nice and cool in the hot desert air. The desert spider beetle has one of the most original methods of keeping cool in the Sonoran. Take a trip soon to see Cysteodemus armatus for yourself! 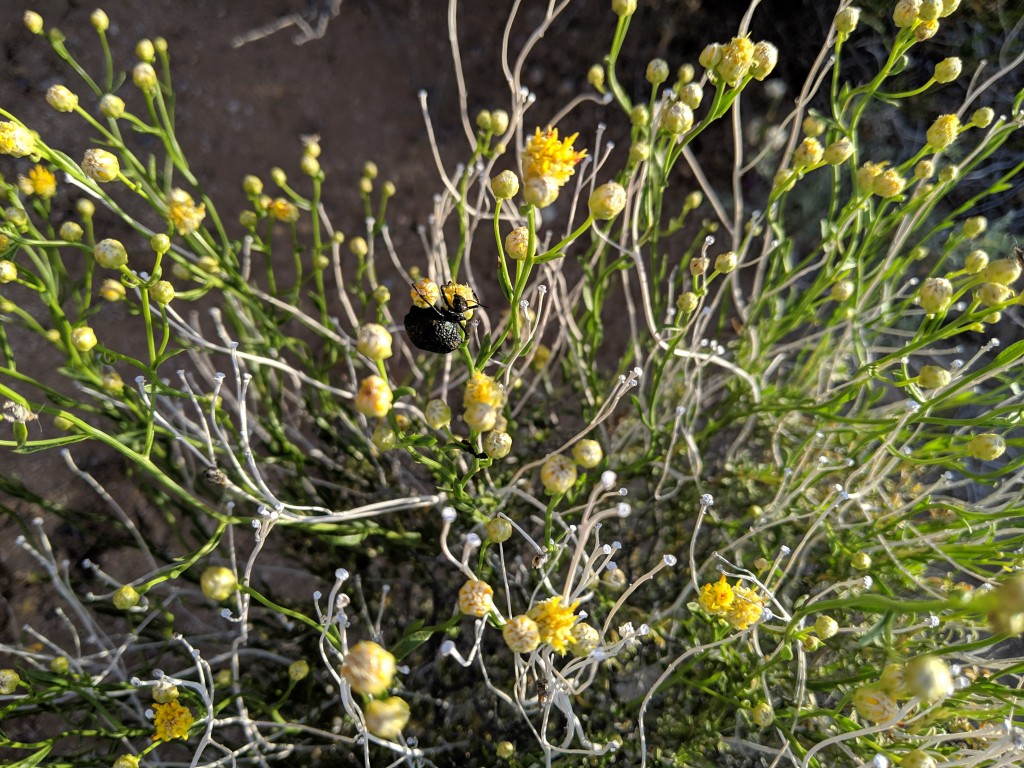