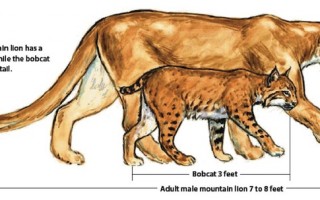 It’s been an exciting week in the foothills!

On Saturday, July 12, police shot a mountain lion that had been traveling from yard to yard approximately two miles south of the foothills, well into the suburban neighborhoods of Rancho Cucamonga.  According to KPCC, sightings of additional mountain lions occurred on Sunday and Monday, however, it is important to keep in mind that many people confuse the locally abundant bobcat with the mountain lion.  As highly territorial animals, it is unlikely that multiple cats would wander around the same area at the same time, unless they were courting, which can occur at any time of year but is most likely from December to March.

A week later, on Friday, July 18, a small plane crashed into a dirt field after the engine stalled near the top of Haven Avenue in Rancho Cucamonga.  The pilot, 22 year old Ethan Gadis of Glendora, was the only passenger.  He survived with serious injuries after being pulled from the wreckage by a bystander.