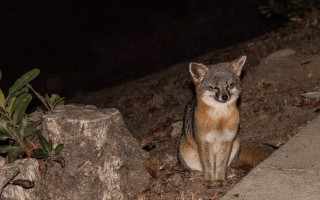 Santa Catalina Island, is one of the eight Channel Islands, off the coast of Southern California.  The Channel Islands are semi-arid coastal sage scrub communities, but many of the islands have been heavily damaged by farming, mining, military operations, and invasive species that have significantly altered the ecosystem.

Island populations are inherently isolated, so unique species tend to evolve on them.  One such species  is the Island Fox, Urocyon littoralis.

Organisms that live on the Channel Islands often exhibit one of two traits: gigantism or dwarfism.  Small organisms tend to grow larger than their mainland counterparts because there is less competition for food and space.  The Island Night Lizard,

Xantusia riversiana, for example, grows far larger than mainland night lizards.  Additionally, many small, nonwoody plants, such as a woolly sunflower, Eriophyllum, and Santa Cruz Island Buckwheat, Eriogonum arborescens, reach shrub stature on the islands thanks to the mild climate, moisture from the air, lack of grazing animals, and small number of competitors.

Large animals, on the other hand, tend to become smaller over generations.  Islands have a limited food supply, so smaller individuals within a species have higher survival rates.  A pygmy Exiled Mammoth, Mammuthus exilis, once lived on the Channel Islands.  The remains of its full sized relatives, Mammuthus columbi, are found in the La Brea Tar Pits.  Today, however, we find the Island Fox, a smaller relative of the Gray Fox, Urocyon cinereoargenteus.

The six largest of the eight Channel Islands has its own subspecies of island fox.  Each subspecies is endemic, meaning that it is found nowhere else on earth.  The two smallest islands, Anacapa and Santa Barbara, do not have foxes.  They probably reached the Channel Islands through Native Americans bringing Gray Foxes from the mainland as pets.  After many generations on the islands, the progeny of the Gray Foxes were so different from those on the mainland that they became a new species, the Island Fox.  In addition to differing from their mainland cousins, the foxes on each island are so different from each other that each is considered its own subspecies.  This means that each island population has been isolated from the others for a very long time.

As indicated by archaeological, anatomic, and DNA studies, foxes first arrived on the northern Channel Islands at least 16,000 years ago.  Colonization probably occurred during a period of intense global glaciation that made the sea level lower.  Lower sea levels made the islands functionally closer to the mainland, and connected the four northern islands, San Miguel, Santa Rosa, Santa Cruz, and Anacapa, into one, called Santa Rosae Island.  When the sea level rose, water filled low lying areas on Santa Rosae Island, and isolated three fox populations, which gradually differentiated into unique subspecies. Remains indicated that Native Americans carried the foxes from San Miguel Island to San Nicolas Island 5,200 years ago, then to San Clemente 3,400 years ago.  The foxes on San Nicolas Island have almost no genetic variation, which suggests that they arose from a very small founding population, perhaps only two individuals.

The main alternate theory as to the origin of foxes on the Channel Islands is that they arrived through the vicariant distribution mechanism and are actually more closely related to three small species of foxes from Yucatan, Mexico and Guatemala.  In this case, as the North American tectonic plate moved south and Pacific plate moved north, foxes were carried with them to disparate locations.

At about the size of a housecat, the island fox is the smallest fox species in North America. They stand approximately 12-13 inches high, and 23-27 inches long, including the tail. The island fox weighs 3-5 pounds, with males slightly larger than females.  The island foxes are gray on top with rusty, black, and white markings.  They differ from the gray fox in that they have more rust color on their backs, a dark stripe on the tail, shorter legs and one
less vertebrae, giving them shorter tails.  They are active both day and night, but usually forage in the early evening.  The Island Fox has four toed feet with non protractable claw, strong jaws, and excellent low light vision.

The foxes spend their time foraging from lizards, fruit, small insects, and birds, and eggs. Animals that have been isolated on islands often lack fear of humans: the Catalina Island Fox, Urocyon littoralis clementae, is no exception.  The one pictured above came to investigate dinner during a Cal State Los Angeles Marine Ecology field trip.

All of the Island Foxes are species of special concern.  The subspecies on San Miguel, Santa Rosa, Santa Cruz, and Santa Catalina islands are Federally Listed Endangered Species.  The Santa Cruz island fox lived without predators until around 1990, when Golden Eagles arrived to prey upon feral pigs that roam the island.  The foxes, however, were unaccustomed to avian predators and became easy prey.  The Golden Eagle quickly became the main cause of population decline.

The population fell from 1,500 to less than 100 in less than ten years, a 95% population reduction.  On Catalina Island canine distemper virus caused a population collapse.  In order to help the populations recover, foxes were bred in captivity and released on Santa Cruz, San Miguel, and Santa Rosa Islands from 2001 through 2008. Additionally, programs to relocate Golden Eagles to the mainland, reestablish Bald Eagles to chase off the Golden Eagles, eradicate feral pigs, and immunize foxes against canine distemper and rabies have successfully helped populations stabilize and begin to recover.

More information is available in the document:

Professor Kurt Leuschner for his course, The Natural History of the Channel Islands, through the University of California, Riverside Extension

All of the photos and inspiration for this article were created on trips hosted by these professors. 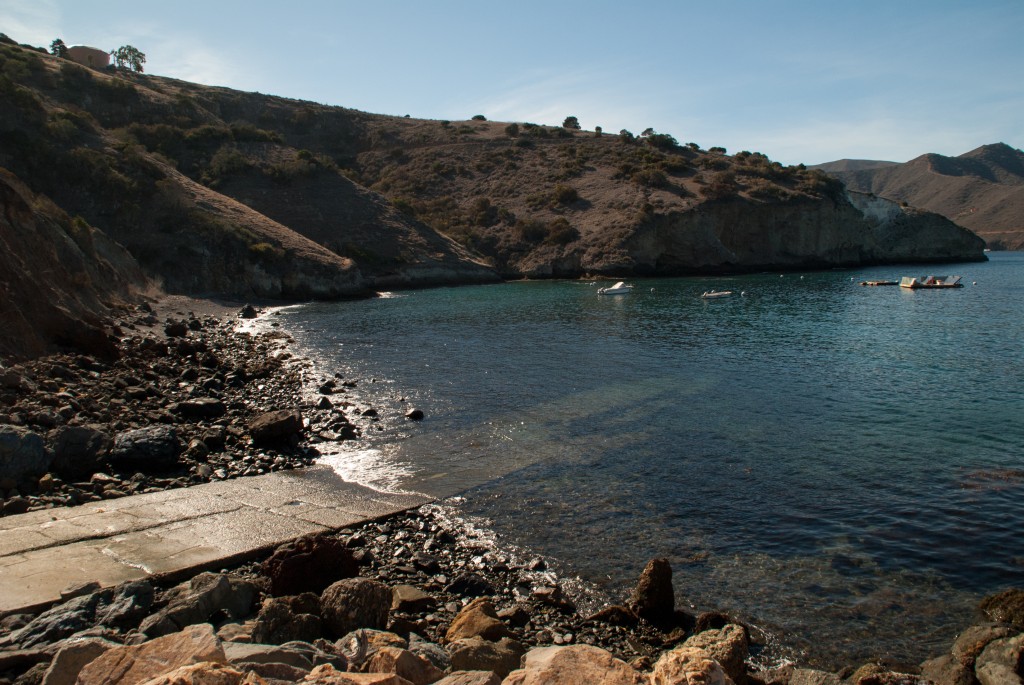 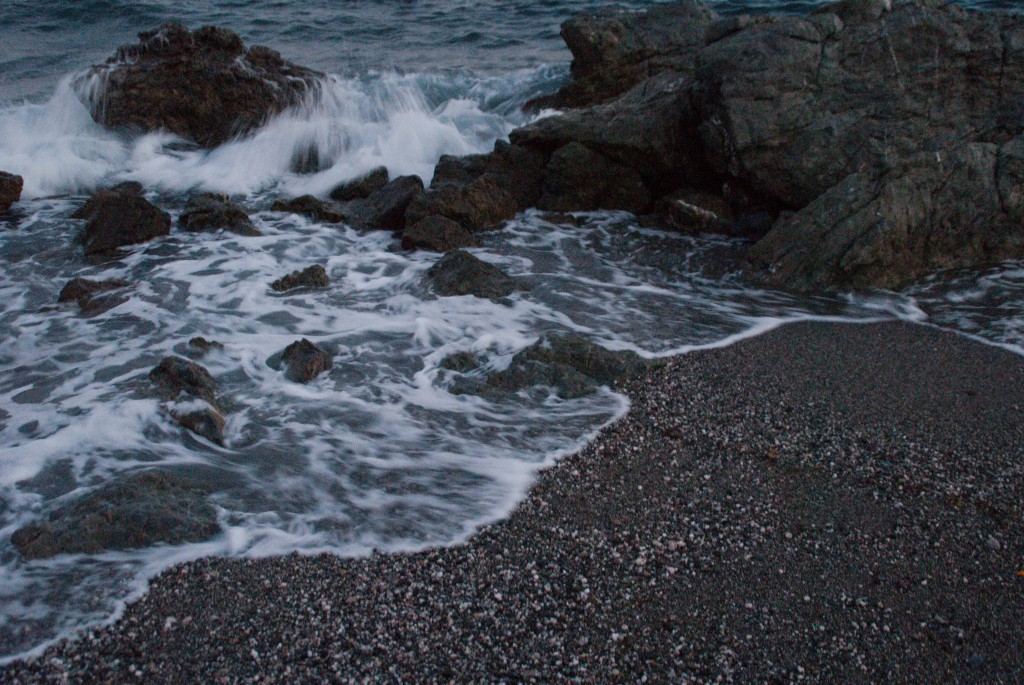 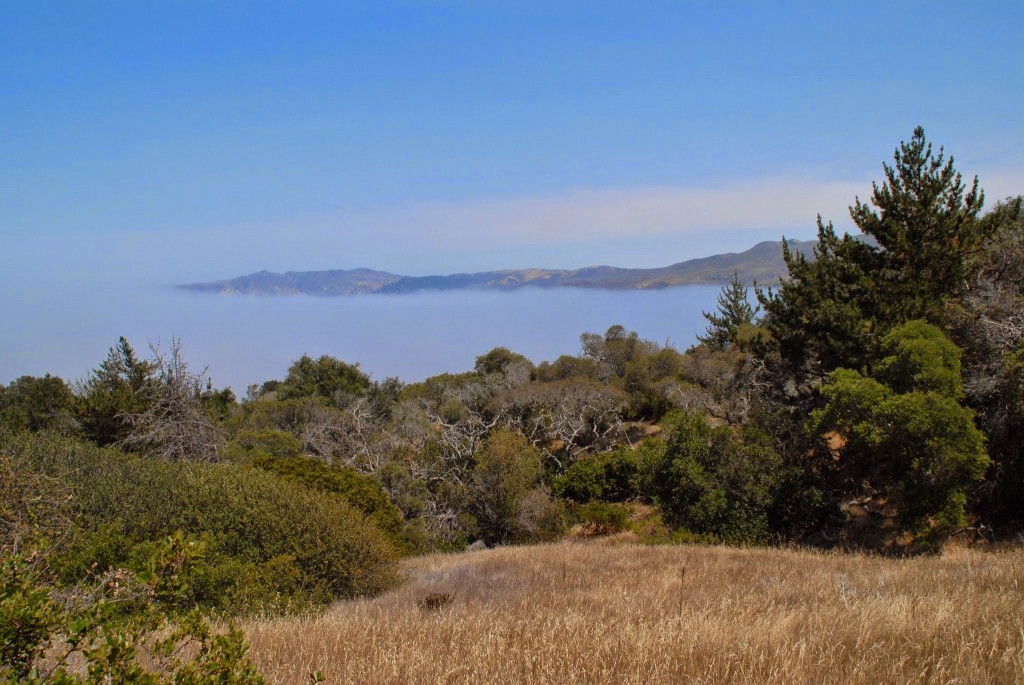 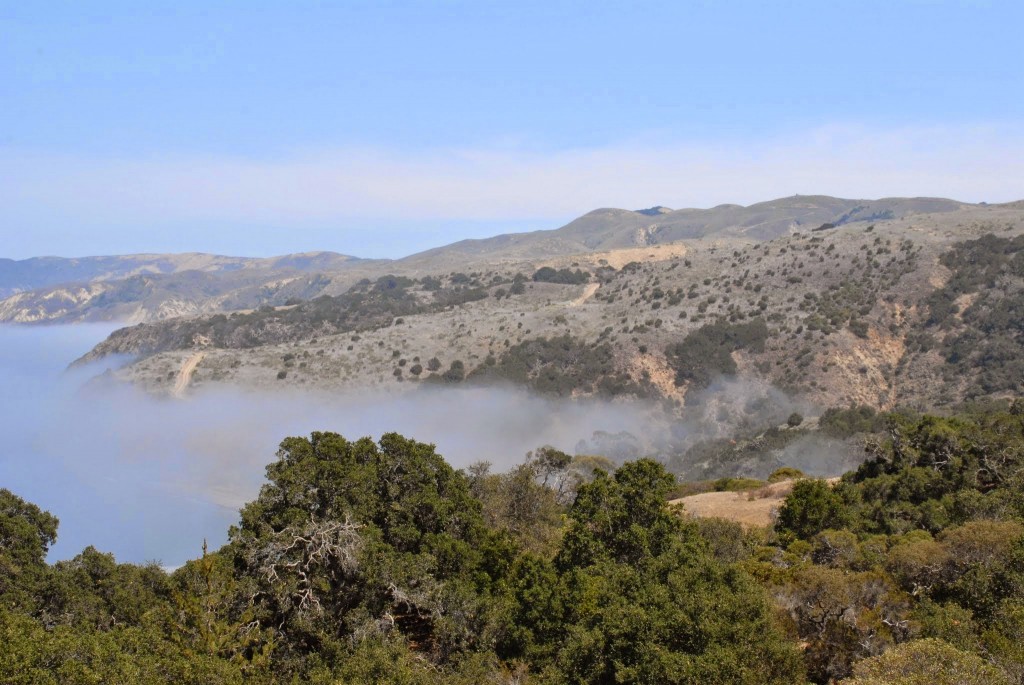 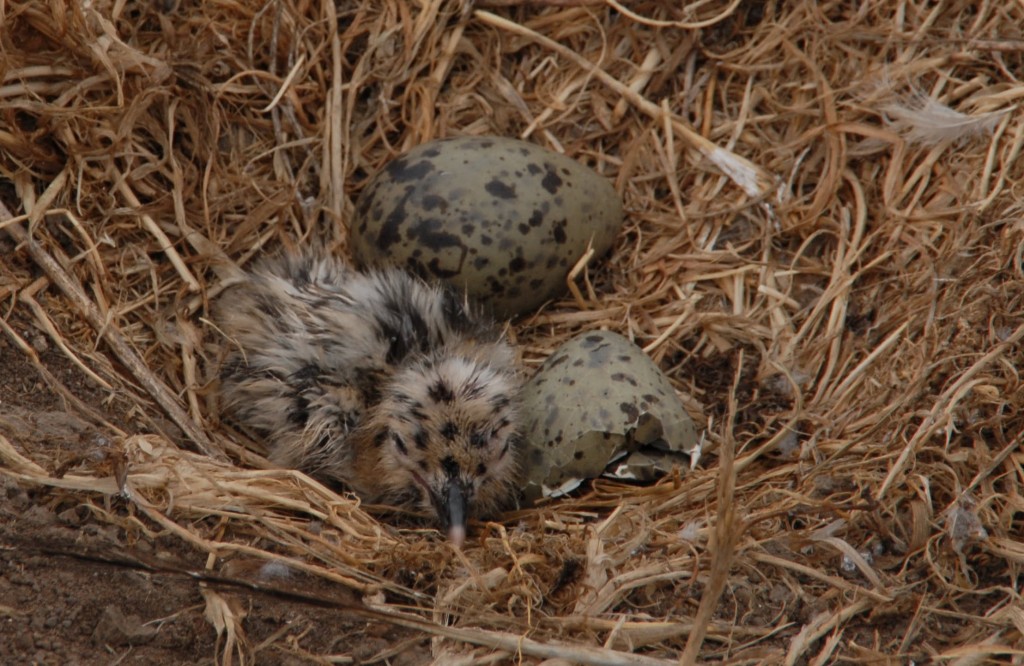 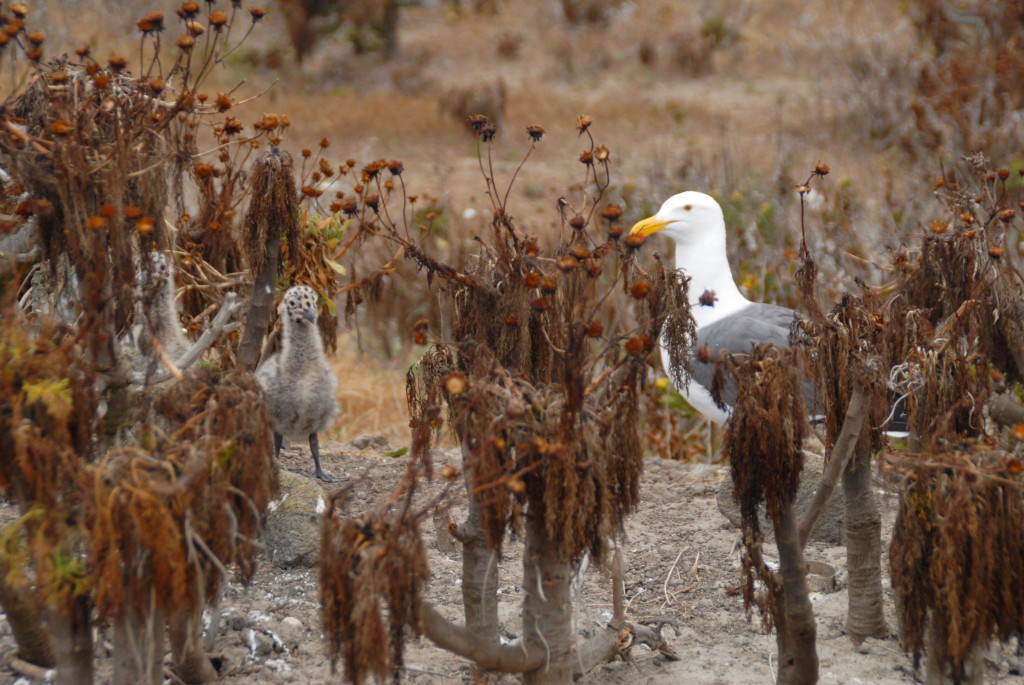 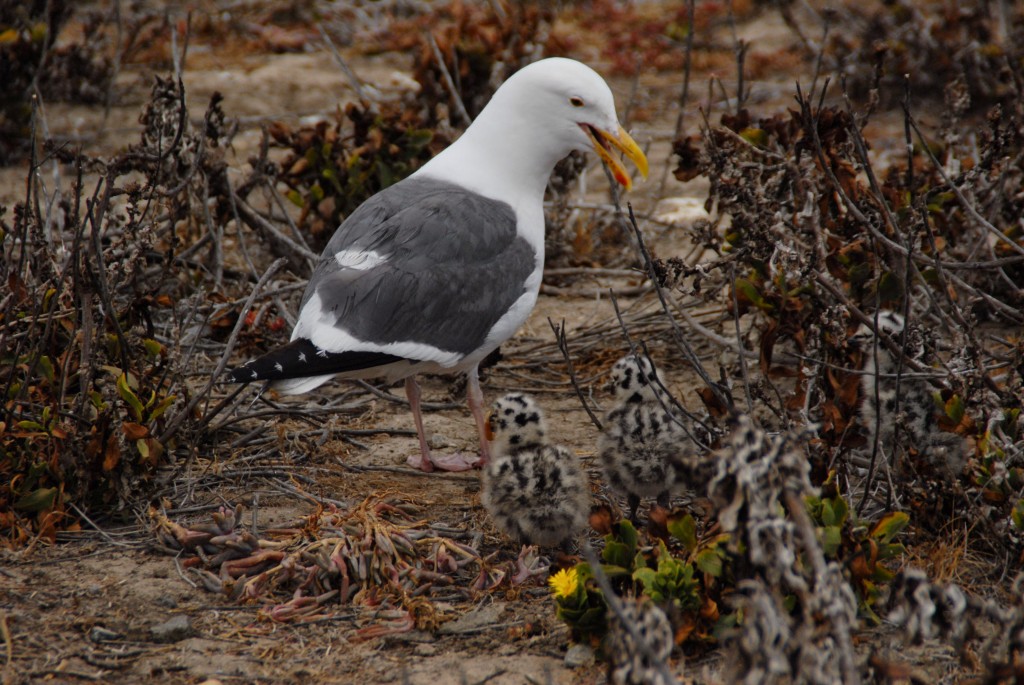 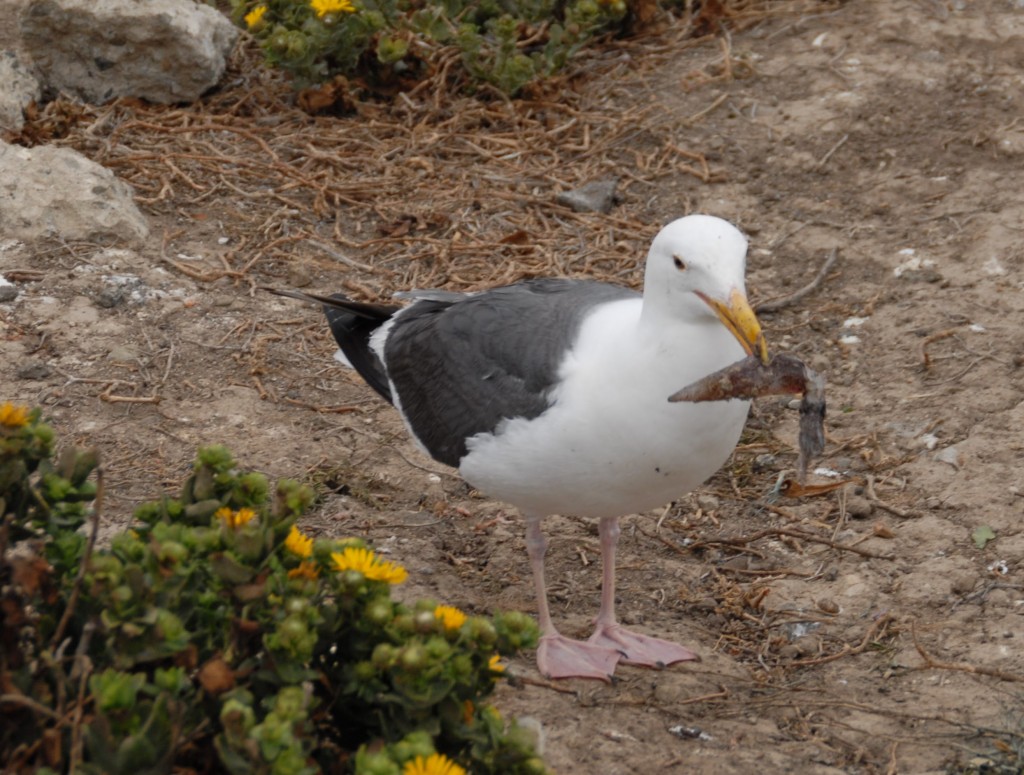 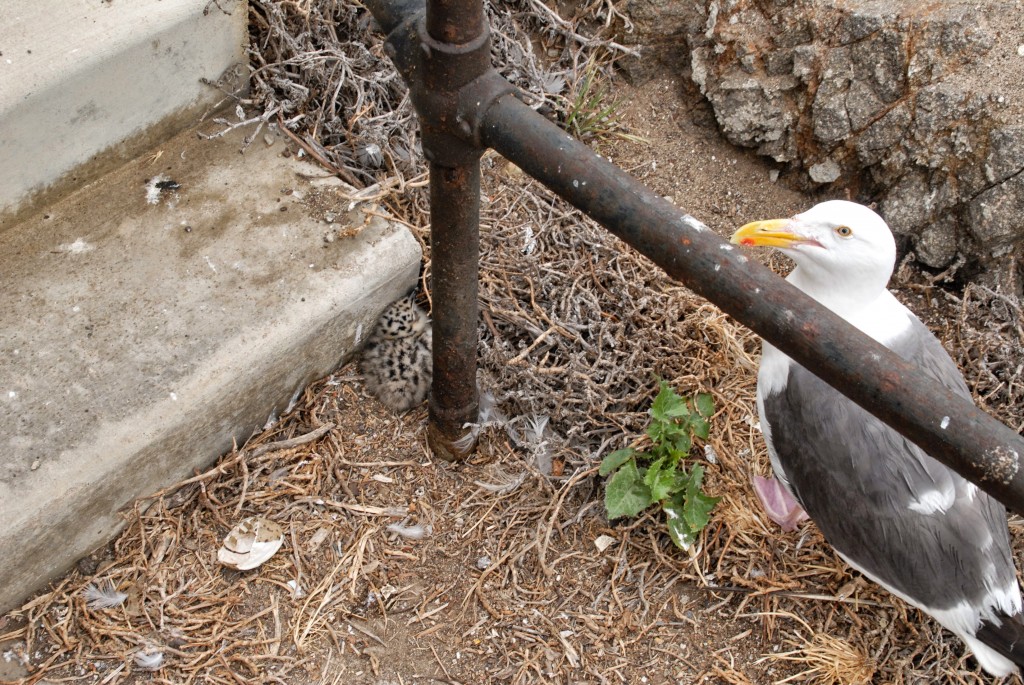